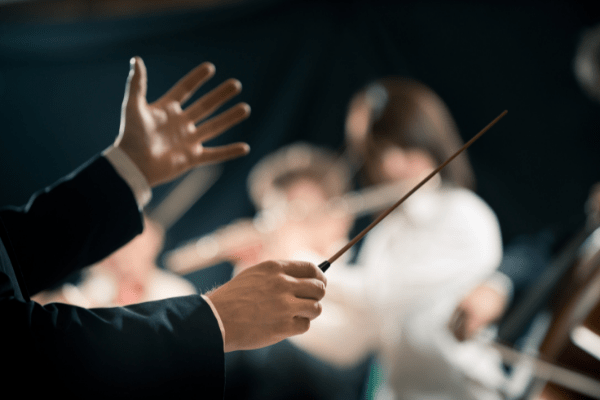 Do you want to go to the next level and be a therapist?
Being therapists means understanding that the muscular system is not the most important, although the client’s trapezius hurts, and you have to accept that the body is directed by a scheme and that there is a hierarchy of systems, and in today’s post I will tell you we give another important keys

The human body is a complex organism. It is made up of different systems, subsystems, organs, tissues, enzymes and fluids. This allows us to fulfill the biological functions that allow survival. However, all these systems and subsystems require management, control and coordination. The goal will always be the maintenance of internal balance. This whole set is called the neuro-immune-endocrine system.

The nervous system, like the endocrine system, play a key role in all this function of control and coordination. Both exercise true functions of conductors of orchestra and communication.

Coordination, control, and communication functions make these systems hierarchical within our physiology. The two come together to precisely coordinate key vital functions. Thus, they make up the neuroendocrine system.

Now, this information will be interpreted in different ways in different cells. And to all this, and to the message, we must add the context. This will make the message mean one thing or another. For example, with high androgens and low cortisol we will talk about sexual desire. However, with high androgens, adrenaline, and high cortisol, we may be talking about aggressiveness. These contexts are translated according to whether there is survival or not.

“The hormones and messages are important, but the context is also important for the neuro-immune-endocrine system.”
The cellular activities of the organism require a stable environment. This is achieved thanks to allostasis. That is, a process in which the body’s internal systems maintain optimal parameters despite the variation in environmental conditions. The immune-neuro-endocrine systems clearly and hierarchically participate in this process. Neurons, hormones, cytokines: key messengers for the transmission of signals, as well as for the supervision and control of everything that happens. The ultimate goal, to maintain balance.

Let’s talk about the neuroendocrine system. We can consider it as the set of structures that form the endocrine system and the part of the brain dedicated to the emission, control and transmission of the substances they generate. It is a vital system for the human being. In addition, it is responsible for the emission and management of hormones and influences the generation of internal changes. These hormones travel mainly through the cardiovascular system to the tissues on which they act.

The neuroendocrine system starts in the hypothalamus. From it, and passing through the pituitary gland, different neuroendocrine axes can be generated.

The major neuroendocrine axes
Among the most important axes, three stand out:

Hypothalamic-pituitary-adrenal axis: considered the stress axis that especially regulates the body’s response to the environment, as well as the fight or flight stress response.
The hypothalamic-pituitary-gonadal axis: axis of sex hormones, whose function is focused on maturation and sexual development, as well as reproductive function.
The hypothalamic-pituitary-thyroid axis: fundamental axis of our energy metabolism.
neuro-immune-endocrine system
All these neuroendocrine axes present an interrelation and constant influence. They are physiological axes, respond to different stimuli and are responsible for the coordination of vital functions.

But, on many occasions, the demands of the environment are too demanding and the balance is broken. For example, the stress axis or hypothalamic-pituitary-adrenal axis allows us to acutely escape from danger. However, we cannot escape a lifetime of danger. The over demand of this axis can make it dysfunctional and exhaust it.

neuro-immune-endocrine system
This stress axis will influence the rest of the neuroendocrine axes. For example, paralyzing the hypothalamic-pituitary-gonadal axis (axis of sexual hormones and reproductive function). It is logical: first we prioritize the survival of the individual and then the survival of the species.

At the same time, this over-activation of the stress axis will slow down the thyroid axis, which will be in charge of activating the energy metabolism in our cells.

The immune system is organized, redundant and balanced:
Its only function is not to defend us as if it were an army.

Its main task is to monitor to maintain the balance of the organism, in close union with the neuroendocrine system. This surveillance function does not imply that our immune cells behave like policemen or soldiers. The function of the immune system goes further, monitoring errors of judgment and understanding. Our immune system is capable of detecting danger, determining and organizing effector responses.

This effector response can be carried out by inducing immunity or tolerance. Immunity serves to organize effector responses against enemies. However, immunological tolerance has to do with what is ours: with recognizing our own cells and tissues and not attacking them, but tolerating them.

Both mechanisms of immune alert and tolerance are key to balance and coexistence.
Our immunity is composed first of our barriers, like the castle wall, which prevent the entry of pathogens or toxins. This external barrier is our common mucosal system (skin, gastrointestinal mucosa, vaginal mucosa, nasal and respiratory mucosa…). That is, the parts of our body that are in contact with the outside.

This common mucosal system has the peculiarity of having added structures that contain immune cells. We would therefore speak of mucosa-associated lymphoid tissue.

neuro-immune-endocrine system
All these mucous membranes have a great intercommunication via the lymphatic system. And within this great barrier, we have different armies. An innate immune system, typical of vertebrates: fast, imprecise, non-specific. Attack, neutralize and then ask. We could make an analogy and we would talk about the riot police in a demonstration of radicals.

The next army is the adaptive immune system, typical of human beings and made up of T and B lymphocytes. It is responsible for the production of antibodies. These need specificity so they are slower. We could consider them the scientific police.

neuro-immune-endocrine system
Immunity, therefore, can be innate or adaptive.
The innate recognizes highly conserved danger signals in microorganisms. It generates fast and vigorous responses that eliminate more than 90% of the invading agents. The acquired one revolves around the lymphocytes, which are highly specific, varied and efficient. Over time, they mature and become cells with immunological memory, necessary for the exercise of the effector phase and to face second infections.

Both armies are coordinated to establish coordinated responses aimed at our immunity or tolerance.

Therefore, the neuro-immune-endocrine system is the true conductor of everything that happens in our body. Always having as its sole purpose, internal balance or homeostasis.