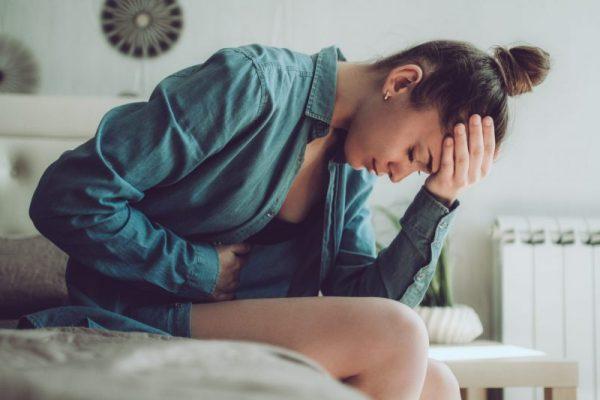 A new perspective on the treatment of menstrual problems

This month we address the treatment of menstrual pain from Clinical Psychoneuroimmunology. And it is that, there are lies that, based on being repeated, end up seeming true.

Menstrual pain affects a large percentage of women month after month
There are lies that, based on being repeated, end up seeming true. This, which is worrying in itself, is even more unfortunate when it comes to lies that can imply a decrease in our quality of life and our health. A good example is that of dysmenorrhea or menstrual pain. Between 50 and 85% of women suffer from it month after month. This frequency is what is usually used as an argument to classify this pain as ‘normal’.

And both are lies.

No, period pain is not “normal”
It’s a lie that it’s ‘normal’, and it’s a lie that nothing happens. Because a woman with painful periods is placed for several days a month in a clear disadvantage (compared to an exam, a sports event, a date or a job interview, for example). But it is not just a matter of well-being. Also of health: recurrent inflammations, month after month and year after year, can end up causing chronic fibrosis of the endometrial tissue. And these fibrosis cause even more pain, thus entering a vicious circle of pain, damage and inflammation.

Getting out of that circle is not that complicated. However, it is necessary to erase the learned messages to understand what the physiological process of menstruation is like. We must also know what factors may be altered and, consequently, causing that pain. Only by understanding this will we be able to take the proper steps to properly resolve the issue.

Primary dysmenorrhea is medically defined by menstrual pain without the presence of organic uterine pathology. For this reason, both primary care doctors and gynecologists resort to that exasperating ‘nothing happens’. Instead, it is enough to study in depth the depth and biology of the mechanisms of action of menstruation. We will discover that the main factor that causes pain is an alteration in the processes of resolution of inflammation, in the so-called ‘resoleomics’, according to a term coined in 1996 by Charles Serhan, professor at Harvard Medical School.

Actually, it all has to do with inflammation. Until a few years ago, inflammation was thought to be resolved by fatigue. Somehow, a series of inflammatory substances were being produced until, at a certain point and due to exhaustion, they stopped being produced. Serhan’s research made us aware of the existence of active mechanisms involved in the resolution of inflammation. These are prostaglandins, lipoxins, protectins and resolvins.

Thus, in a physiologically healthy body, an inflammatory process should follow the following steps:

An increase in prostaglandins, which must be rapid, of high intensity and high efficiency.
This rapid spike in prostaglandins activates genes for enzymes that make lipoxins, substances that curb inflammation.
Once stopped, the resolvins make their appearance, which, as their name suggests, resolve the inflammation and eliminate the remains of the battle.
This is the process, as we said, in a physiologically healthy body. But there are different ways in which this process can be altered, resulting in pain, sustained inflammation, and eventually fibrosis (accompanied by even more pain).

Taking painkillers and anti-inflammatories has been the usual resource for women suffering from menstrual pain. What they don’t know is that intervening month after month with medication causes the inflammation resolution process to be interrupted.

First of all, the anti-inflammatory tries to control the pain by containing the peak of prostaglandins. This prevents a rapid, intense and effective rise. Instead, we have a curve, a slower wave unable to produce the necessary lipoxins to curb inflammation and induce the subsequent appearance of resolvins.

It is not enough to stop the inflammation
But this inflammatory curve, less high and more sustained over time, will not resolve the inflammation. In addition, it can end up causing fibrosis. Because it is not enough to stop the inflammation: you also have to clean the area, eliminate the sequelae left by the whole process. To explain it, we will use the analogy of a traffic accident. As soon as it occurs, firefighters, police and ambulances (our immune system) come to the scene. They fence off the area and stop traffic to prevent further damage. Likewise, they help the wounded, transfer them and save their lives. But they also take care of cleaning all the remains, all the garbage that has been scattered around the area. They do it this way because if not, the circulation would continue to be interrupted.

Woman lying in bed due to menstrual pain
Likewise, once the lipoxins have curbed the inflammation, the resolvins must clean up the traces of the battle. Immune cells that have been involved in the repair process must be removed, as well as inflammatory debris (pro-inflammatory proteins, such as cytokines). Also other cells of the immune system that have been ‘touched’, apoptotic, about to die. In scientific terms, this work carried out by resolvins is called polymorphonuclear clearance. In terms of walking around the house, we say that we have cleaned the area. This cleaning is essential because, if these wastes continue to be in place, the immune system interprets that there is still abnormal activity. Therefore, he thinks that he must continue acting. And this silent activity would lead, over time, to fibrosis.

2. Imbalance of polyunsaturated fatty acids found in the cell membranes of leukocytes.

Another mechanism that can alter the natural process of resolving inflammation (and, therefore, lead to painful periods) is that there is an imbalance at the level of fatty acids. There must be a balance between certain polyunsaturated fatty acids. Thus, arachidonic acid is a type of Omega 6 necessary to produce prostaglandins and lipoxins. For their part, EPA and DHA are of the Omega 3 type and generate the production of protectins and resolvins. If we do not have enough arachidonic acid, we will not have the necessary increase in prostaglandins. Instead, we will produce leukotrienes (which will induce chemotaxis, an exaggerated call to immune cells). If, on the other hand, we lack enough EPA and DHA, we will not achieve the descent, that brake and resolution of inflammation.

Behind these deficiencies, we often find an inadequate diet
Often, behind these deficiencies we find an inadequate diet. We can get EPA and DHA from wild fish and the meat of animals that have eaten grass and moved. Arachidonic acid is found in organic eggs and in the meat of animals that have grazed and have not been stabled. But when our diet is based on poor quality meat or fish, when we eat too many cereals with excess linoleic acid, an inflammatory cascade that is different from the natural physiological process often occurs. It will no longer be short, intense and effective, and the inflammation will not resolve properly.

Menstruation is, indeed, an inflammation. It is a natural process that does not have to cause pain. But, for this, it is important to know what the starting point is and prevent that monthly inflammation from being the straw that overflows the camel’s back.

In principle, throughout the month there should be no inflammation. The problem arises when there are alterations in the microbiota, or intestinal hyperpermeability, or consumption of toxic substances such as alcohol or tobacco. Also when there is a diet rich in refined products. This type of situation causes a silent, low-grade inflammation that fills the vessel. So when menstruation appears, the inflammatory process overflows. The problem is not the rule, but the pre-existing base inflammation: the sum of both prevents an adequate resolution.

The logic is overwhelming: on the one hand, we already know that around the intestinal barrier we find 80% of the cells of the innate immune system. If there is a lot of activity at this level, we will have the problem of an immune system that does not stop putting patches. It is too busy trying to mitigate the consequences of poor dietary habits, changes in the microbiota… If we add to this that there is not an adequate percentage of polyunsaturated fatty acids in the cell membrane, and that drugs are also consumed, it seems inevitable that the inflammatory process goes on and on.

When a woman has a moderate to severe intolerance to a substance (gluten, lactose) and continues to be in regular contact with these molecules, permanent immune system hyperactivity occurs. We are no longer talking about a silent inflammation, but about a medium-grade inflammation. This inflammation will give symptoms at other times of the menstrual cycle. It makes perfect sense: there is a highly irritating factor that must be intervened in order to normalize that immune system that is rampant.

What should a healthy menstruation look like? Four or five days of bleeding, of a deep red color, without clots and without pain.

Yes, there is a solution for period pain.

I trust that, by now, it will be clear to you that it is not true that period pain is normal. Nor that nothing happens to suffer it month after month. Now it is about looking for solutions, which, of course, will not go through medication. From the outset, we have already seen that the consumption of anti-inflammatories only makes the inflammation chronic and, consequently, the pain. The other ‘great remedy’ that is often proposed to women: the use of birth control pills. This intervention is nothing more than killing flies with cannon fire. The risk-benefit ratio of this measure is absolutely unbalanced.

Our experience in consultation has shown us that NIP has overwhelming success rates in the treatment of menstrual pain or dysmenorrhea.
In the diet, it is about eliminating substances that can cause imbalances in the microbiota. Also to identify and suppress those that can cause intolerances, especially if they are moderate or severe.
The presence of nutrients such as arachidonic acid is enhanced. Also EPA and DHA acids (it can be done only with the diet, as long as the person is exhaustive and rigorous). Supplements can be used.
The use of evening primrose oil is interesting, since it has an Omega 6 type fatty acid, GLA or gamma-linolenic acid. Now, you have to be careful with low quality, since it usually has a low percentage of GLA and a high percentage of linoleic acid, which is counterproductive.

Interventions with Psychoneuroimmunology to improve the microbiota, intestinal permeability, intolerances, the degradation of hormones and the percentages of polyunsaturated fatty acids at the membrane level, allow us to improve menstrual symptoms in an average of 80% of cases. Thanks to these interventions, the authentic normality of a physiological process as natural as menstruation can be recovered.